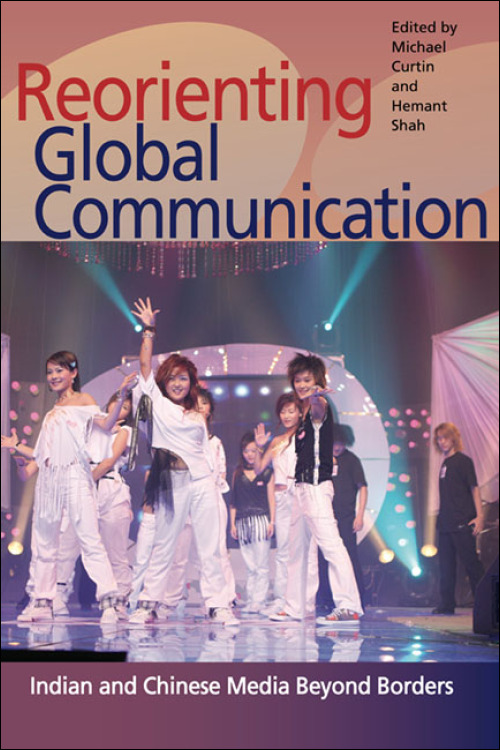 Emphasizing the global nature of Indian and Chinese film, television, and digital media, Reorienting Global Communication: Indian and Chinese Media Beyond Borders provides a diverse mix of alternative perspectives that collectively shift the discussion of media globalization away from Hollywood and New York.

Linked by a shared history of colonialism, state socialism, large diasporas, and recent market liberalization, India and China are poised to become twenty-first-century world powers. While both enjoy a rich ensemble of religious iconography, legends, and folk traditions, Indian and Chinese producers and consumers are today challenged to find modes of expression that are culturally authentic and commercially viable in an increasingly globalized media environment.

Essays cover topics such as the influence of transnational Indian families on the narrative elements of Bollywood productions, the rise of made-in-China blockbusters, the development of pan-Asian cinema, and migrants’ use of the Internet to maintain connections with their homelands.

“Reorienting Global Communication meets an urgent need in the fields of media globalization and international cultural studies by providing an in-depth examination of the Indian and Chinese media industries and the changing concepts of ‘nation’ and ‘home’ in an increasingly globalized world.”–Shujen Wang, author of Framing Piracy: Globalization and Film Distribution in Greater China