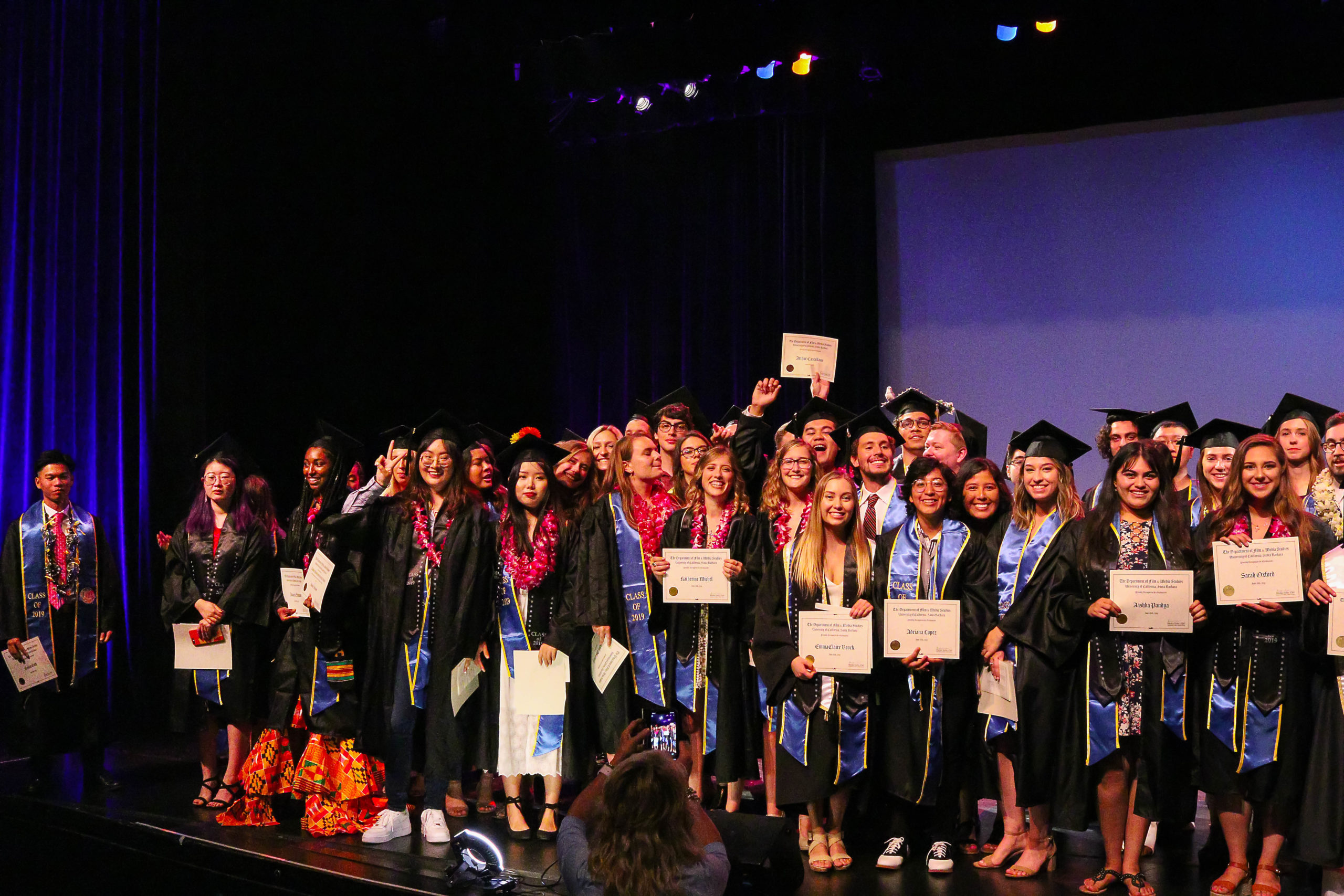 Recognizes writing and research capacity for student essays about film, television, and digital history, theory and criticism. The award is named after one of the founders of our department.

“Herring Hitler: Irreverence as a Rejection of Fascist Performativity in To Be or Not To Be” by Eoin Goyette

“Behind Closed Doors: Early Cine-Feminism and Experimental Filmmaking of the Sixties & Seventies” by Ana Chavez

Fosters the development of a student’s focus on writing for the screen. Award was established in memory of Paul Lazarus who taught screenwriting at UCSB for over 20 years. Many of his former students have gone on to write, produce, and direct major Hollywood films and television shows. It is open to Film and Media majors in their junior year. The scholarship recipient spends their senior year working in connection with an instructor to develop a new film or television screenplay.
Katherine Fogg

Distinction in the Major: Presented by Alenda Chang

Given to a student completing a substantial two-quarter research project.
Stewart Smith

For the last 40 years, the Corwin Family and the Metropolitan Theatres Corporation have generously funded this award recognizing the creative talent of UCSB students in screenwriting and production.

Wine and Music in the Parish by Eoin Goyette

Recognizes promise in writing for the screen. Award is made possible by a donation from Rick Rosen (William Morris Endeavor).

Recognizes directing in student projects created during the academic year. Award is made possible by a donation from the Scott Wells Memorial Foundation. Scott was a Film and Media Studies alumni who passed away in 2012.
Jon Lewis for Waiting on Host

Recognizes the memory of one of our alumni who lost his battle with Leukemia just a month prior to graduation. As a student, David made every effort to put energy into his classes while he was healthy. His determination in the face of his illness has inspired this award and it recognizes graduating seniors in the Film and Media department who have shown “exceptional drive, tenacity, and courage in the face of adversity.”
Louis Gomes

Recognizes a student who embodies the dynamic spirit essential to the collaborative environment of the department; their enthusiasm, generosity, and initiative while working for the department, the Pollock Theater, and department student clubs.
Jake Ortega     Christine Mouton

Recognizes a student’s achievement in critical thinking, analysis, and writing.

Recognizes student’s overall academic achievements across critical studies and production as well as their contributions to the life of the department. We acknowledge students who are active, prepared, versatile, and involved in at least one other activity outside the classroom.