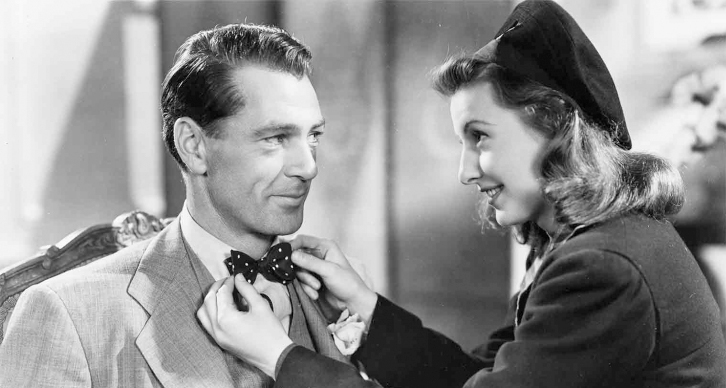 When D. B. Norton (Edward Arnold), an oil magnate with political ambitions, takes over a city newspaper and begins firing employees by the dozen, columnist Ann Mitchell (Barbara Stanwyck) fights back, penning a fake letter from a jobless “John Doe,” who in protest against the state of the world threatens to commit suicide by jumping off the City Hall roof. After the letter becomes the talk of the town, Mitchell and her editor hire a washed-up baseball player (Gary Cooper) to act and speak as the authentic John Doe. The publicity stunt soon takes on his life of its own, inspiring a nation-wide John Doe Club movement, which Norton then seeks to exploit. Raising prescient questions about the relationship between corporate moguls and the media, and the ethical dilemmas faced by those in their employ, Meet John Doe was the first and only independently produced film by director Frank Capra and screen writer Robert Riskin, whose earlier, celebrated collaborations at Columbia Pictures included It Happened One Night (1934) and Mr. Deeds Goes to Town (1936).

Victoria Riskin (author of Fay Wray and Robert Riskin: A Hollywood Memoir) will join Charles Wolfe  (Film and Media Studies, UCSB) for a post-screening discussion of the film and Robert Riskin’s legacy.