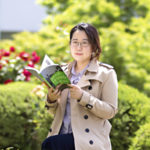 During her academic career, Chung has received several research grants from her current institution and the National Research Foundation of Korea, and has also received awards from the Society for Cinema and Media Studies: Best Essay in an Edited Collection Award, Dissertation Award, and Student Writing Award. She has published articles in the journals, Visual Studies, Cinema Journal, The Velvet Light Trap, and Spectator. Her article in Visual Studies, “The Re-Animation of the Digital (Un)Dead, or How to Regenerate Bodies in Digital Cinema,” has been included in an anthology, Animation: Critical and Primary Sources (Bloomsbury Publishing, 2018). Another article that examines the motifs of bodily violence, fragmented bodies, and porous national borders in contemporary Korean cinema will appear in the Journal of Popular Film and Television in 2019. She continues to pursue interdisciplinary research projects on digital aesthetics and global film production pipelines, motifs of regenerating posthuman bodies in digital cinema, transmedia entertainment franchises, mediated mobility and cosmopolitanism, national claims and transnational desires in global media products, and experimental techniques of storytelling and visualization in documentary films.

An Economy of Bodily Violence: Fragmented Bodies and Porous Borders in Korean Cinema

The reanimation of the digital (un)dead, or how to regenerate bodies in digital cinema