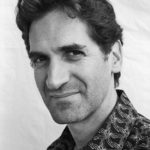 Peter J. Bloom is Professor and Chair in the Department of Film and Media Studies at UC-Santa Barbara. His recent work has focused on film and radio in late colonial Ghana and Malaya. He has published extensively on British, French, and Belgian colonial media including French Colonial Documentary (University of Minnesota Press, 2007), Frenchness and the African Diaspora (co-editor, Indiana UP, 2009), and Modernization as Spectacle in Africa (co-editor, Indiana UP, 2014). His current project, entitled Onomatopoeia and Empire, addresses the unifying context for radio-cinema modernity by reference to Counterinsurgency and Pan-Africanism. His recent work has engaged with the themes “Inadequacies of Perception: The return of the uncanny as Optical Truth” and “Distance and Proximity” as part of larger projects.

175: History of the Avant-Garde/Experimental Film

101C: History of New Waves Films and Beyond

Modernization as Spectacle in Africa

Pre-cinema as paradigm and collection at the Getty Research Institute