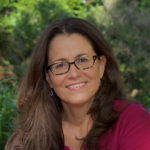 By appointment only and via Zoom. Please contact me at venegasc@ucsb.edu

Cristina Venegas is Associate Professor of Film and Media Studies where she teaches courses related to history, criticism and theory with an emphasis on Latin American film and media. She is the author of Digital Dilemmas: The State, the Individual and Digital Culture in Cuba (Rutgers, 2010), a Choice Book Award recipient and is co-editor of Digital Activism, Community Media, and Sustainable Communication in Latin America (Palgrave, 2020). Her current book project is titled Julio García Espinosa and the Imperfect Imagination which examines the global legacy of the eponymous Cuban filmmaker’s (1926-2016) theory, creative practice and cultural work. She is co-editor of the Media Matters book series for Rutgers University Press. She has curated numerous film programs and served as juror for several international film festivals and film script competitions. In 2004, she co-founded the highly successful Latino CineMedia Festival in Santa Barbara (until-2011) in partnership with community artists and University leaders. Venegas also co-created a highly regarded filmmaking program for Santa Barbara high school students.

101C: History of Cinema: New Waves and Beyond

Unrest, Distance and the Future

Digital Dilemmas: The State, the Individual and Digital Media in Cuba

Cuban Filmmaking and the Post-Capitalist Transition

Fresa y chocolate: the Allure of Passions and Controversies

Thinking Regionally: Singular in Diversity and Diverse in Unity

Tech in Cuba, The Rhetoric and the Reality

Land as Memory in the Transnational Telenovela

The Man, the Corpse, and the Icon in Motorcycle Diaries: Utopia, Pleasure, and a New Revolutionary Imagination